Life is not easy for all many of us fall and rise and many of us lose hopes sometimes but the fightback in the worst situation is the real hero and an example for others. India pacer Mohammed Shami is one of them who once decided to quit but fightback and now one of the most successful and loved India pacers in the Indian cricket team.

Recently in a conversation with Indian cricketer Rohit Sharma he told “I think if my family had not supported me back then I would have lost my cricket. I thought of committing suicide three times during that period due to severe stress and personal problems. I was not thinking about cricket at all. We were living on the 24th floor. They (family) were scared I might jump from the balcony”.

He also told Rohit that “My 2-3 friends used to stay with me for 24 hours. My parents asked me to focus on cricket to recover from that phase and not think about anything else. I started training then and sweated it out a lot at an academy in Dehradun”.

Shami also added that “family problems started (with his wife) and I also suffered an accident. The accident happened 10-12 days ahead of the IPL and my personal problems were running high in the media and I was depressed and helpless”.

Shami faced the worst phase of life after his injury in the 2015 ICC Cricket World Cup but he did give up and keep trying to come out with his best and after 18 months he was again one field with full energy and pace.

Is china really preparing for war with India?, Things to know 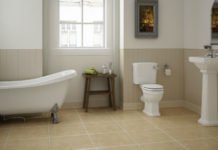